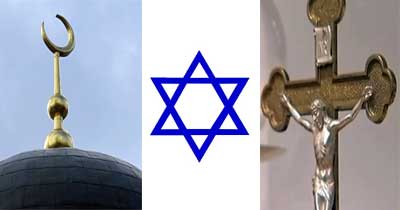 History has been incredibly generous to Turkey, which has been vital in the history of the three major Western religions – Christianity, Judaism, and Islam. Turkey is one of a few countries where all three religions have co-existed peacefully for centuries. There are a many important sites in Turkey of interest to people of all faiths.

More and more people are discovering the important role Turkey played in the history of Christianity. Travelers can visit many magnificent churches, some nearly as old as Christianity itself, and can retrace the footsteps of Saints Peter and Paul from the Biblical city of Antioch to the underground churches of Cappadocia. Many of the most important events in Christian history occurred in Turkey. 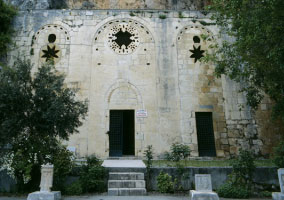 The church of Saint Peter

Born in Tarsus, the Apostle Paul spread the word of Jesus Christ across Anatolia. On Turkey's Eastern Mediterranean coast is Antakya, known in biblical times as Antioch. This ancient city was home to the first important Christian community, founded in 42 AD by St. Paul. Jesus' followers were first called "Christians" in Antioch and from here Christianity spread to the world. St. Paul departed from Antioch on his three missionary journeys. The city holds the Church of St. Peter, a cave-church where the apostles Peter and Paul are believed to have preached.

In 1963, the Vatican designated the site a place of pilgrimage and recognized it as the world's first cathedral. The Seven Churches of Revelation, a series of communities located near the Aegean coast, is where St. Paul preached and built the early church. Their ancient names - Ephesus (Efes), Smyrna (Izmir), Thyatira (Akhisar), Sardis (Sart), Philadelphia (Alasehir), Laodicea (Eskihisar) and Pergamon (Bergama) are familiar from the New Testament's Book of Revelation.

Please follow the link for our comprehensive article about St Paul Missionary Journeys.

Ephesus, perhaps the most prominent of the Seven Churches, is where St. Paul wrote his letters to the Ephesians, and where St. John the Evangelist brought Virgin Mary to spend her last years.

The Vatican recognizes the Virgin Mary's house, located in the hills near Ephesus, as a shrine. Just outside Ephesus, in Selcuk, is the Basilica of St. John where he preached and is believed to be buried.

St. Nicholas was born and lived in Demre (Myra) on the Mediterranean coast. A church dedicated to the original Santa Claus still stands.

Visitors to the biblical area of Cappadocia can explore more than 200 carved rock churches beautifully decorated with frescoes, and a seven-story underground city where Christians took refuge from their persecutors.

The stunning Monastery of the Virgin Mary located near the Black Sea in Trabzon is a dating to the 4th century. Built on the edge of a l200 foot cliff and accessible only by foot, it housed some of the Orthodox Church's greatest thinkers.

Istanbul became the center of Christianity in 330 AD and it was here that the largest church in Christendom at the time, Haghia Sophia or the Church of the Divine Wisdom, was dedicated by Emperor Justinian in 536 AD. The Kariye (Chora) Museum, a Greek Orthodox Church from, is famous for its incomparable Byzantine frescoes and mosaics.

Judaism has had a continuous presence in Turkey since ancient times. Signs written in Hebrew and menorahs carved into stone at historical sites such as Ephesus, Kusadasi, Priene, Hieropolis, and Pamukkale attest to long history of Jews in Turkey.

In Sardis, near Izmir, the remains of the largest ancient synagogue in existence date to the 3rd century AD.

Jewish Patriarchs Abraham and Job made their mark in eastern Turkey. Sanli Urfa in southeastern Turkey is known as the city of Prophets. A cave there is said to be the birthplace of the prophet Abraham.

It has become a place of pilgrimage and is now surrounded by the Halil Rahman Mosque. The Prophet Job, is believed to have spent seven years recovering from illness inside another cave located in the district of Eyyübiye two kilometers south of Sanli Urfa.

Jews have enjoyed tolerance and peace in Turkey for centuries. After the Jewish communities in Spain and Portugal were exiled in 1492 during the Inquisition, Sultan Beyazit II welcomed them to the Ottoman Empire.

Istanbul is of particular significance to Jewish visitors. In the city's old Jewish Quarter is the 19th century Neve Shalom Synagogue, the Zulfaris Jewish Museum and nearby, the 15th century Ahrida Synagogue. The first Jewish printing press began operating in Istanbul in 1493 and Jewish literature and music flourished during this period.

In Bursa, visitors will find the Gerus Synagogue, built at the end of the 15th century by the first Jews who settled in the city after being expelled from Spain.

Visitors to Turkey are often touched by the call to prayer from lofty minarets. The call is heard five times a day, inviting the faithful to face towards Mecca and pray from the Koran.

Although Turkey is a secular democracy which guarantees freedom of religion for all people, Islam is the country's predominant religion.

People of all faiths may visit Turkey's mosques. Islam's roots in Turkey date to the 10th Century. In the ensuing centuries Seljuk and Ottoman Turks constructed impressive mosques with elegant interior decorations and imposing domes and minarets. Virtually every Turkish city has a mosque of historical or architectural significance.

If you want to learn more about Turkish culture, you should read this article: Highlights of Turkish Culture

Sultanahmet Mosque in Istanbul stands as the most impressive and it is more known as the Blue Mosque because of its magnificent interior paneling of blue and white tiles. The Suleymaniye Mosque is the largest in Istanbul.

Other cities also have impressive Islamic architecture. The Ulu Cami (Grand Mosque) with its 20 domes and Yesil Cami (Green Mosque) in Bursa, was constructed between 1419 and 1420.

Haci Bayram Mosque in Ankara was built in the early 15th century in the Seljuk style and was subsequently restored by the master Ottoman architect Sinan in the 16th century.

As the capital of the Seljuk Turks from the 12th to the 13th centuries Konya was a center of cultural, political and religious growth. During this period, the mystic Mevlana Celaleddin Rumi founded a Sufi Order known in the West as the Whirling Dervishes. Mevlana's mausoleum and museum is Konya's most famous attraction.

SEE OUR MOST POPULAR PRIVATE TOURS