About Istanbul One Day Tour

A detailed, comprehensive Istanbul 1 day tour with a local guide...

Istanbul is one of the capitals of the world, and while it is an endless source of inspiration and there is always more to discover in this amazing city, the historical peninsula attracts most attention.

While you are walking in the Hippodrome, the Underground Cistern or when you enter impressive Hagia Sophia, you can try to feel the atmosphere of Constantinople, and in places like Grand Bazaar, Blue Mosque and Topkapi Palace you can easily get the idea about life in Ottoman times. With its famous examples of Byzantine and Ottoman architecture, Sultanahmet district is always one of the favourite places of our guests 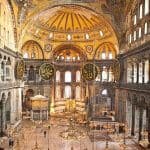 Byzantine Hippodrome: Hippodrome provided an unrivalled opportunity to show people the emperor’s power, wealth and generosity in lavish public entertainments that went on for days at a time, often coinciding with public holidays. The Egyptian Obelisk, the serpentine column and the German fountain of Willhelm II are sites to be visited. 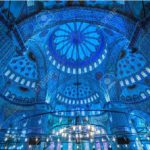 Blue Mosque: its official name is the Sultan Ahmed Mosque, but it is known more popularly as the Blue Mosque because of the blue tiles that decorate the inside walls. There are some 20,000 or so of them, handmade ceramic tiles that decreased in quality over time due to the sultan fixing the price in advance, and not taking inflation into account.

Grand Bazaar: The oldest and the largest covered market place in the world with more than 4000 shops where handmade carpets, jewelery, leather and souvenirs are sold.

Topkapi Palace: The former imperial residence of Ottoman Sultans and one of the oldest and the largest remaining palaces in the world. Today, it is used as a museum to exhibit works of art and many priceless artifacts. The harem section is not included in this tour.

Underground Cistern: The cistern was known in Byzantium as the Basilica Cistern. Justinian was the founder of the largest underground cistern, built after the Nika Revolt in 532. The number of the inhabitants of Constantinople increased and there was a problem with water supply, so the Basilica Cistern was used to store water for the Great Palace.

We can customise your Istanbul full day tour.  Contact us for details.

This is average tour duration; Our Istanbul tours are tailor made so guests are free to decide about its duration.

These are the prices per person, not for entire group

Walking Tour (without a vehicle)

Tour with a vehicle

Please contact us if there is more than 6 pax in your group.

An air-conditioned, modern and comfortable van. You can see our vehicles

This is average tour duration; Our Istanbul tours are tailor made so guests are free to decide about its duration.

These are the prices per person, not for entire group

Walking Tour (without a vehicle)

Tour with a vehicle

Please contact us if there is more than 6 pax in your group.

An air-conditioned, modern and comfortable van. You can see our vehicles

Including
Excluding
Book The Tour

The Best Istanbul Private Tour Guide for You!

Our Istanbul tour guides are locals who have very good knowledge not only about the sights in the area, but also about the history of Christianity.

Have the best experience in Istanbul with our expert local guides...

Istanbul | More Than a City

Are you ready to witness the tale of Istanbul?

The hottest months in Istanbul are July and Agust, with an average temperature of 25 °C. The coldest month is January with a lowest temperature of 5°C. On average, January is the most and November the least humid month. Please click on the Graph to zoom in

Is one day enough for Istanbul?

Istanbul is a very big city and it has such a great historical importance, that it would be better to spend 2-3 days there if possible. One day tour can cover only the main sights in the historical peninsula, the Sultanahmet District.

Is Istanbul a walkable city?

Istanbul definitely is a walkable city. Actually, you should avoid traffic whenever it is possible. You can enjoy walking from one site to another in the Sultanahmet area, along the Bosphorus promenade or in Beyoglu District, walking in the Istiklal Street from Taksim Square to Galata Tower.

What is the best time to visit Istanbul, Turkey?

The best times to visit Istanbul are from March to May (spring) and between September and November (autumn). During these months, the weather is fine and room rates are average.